Perhaps you noticed that this particular article suddenly disappeared after being published. If you were someone who was able to read the original, I am happy for that. If not – let me explain.

I have spent the last week dealing with Kurdish government officials who have been nagging me, begging me and harassing me to delete the original article? I’ve been promised other access and other information from high-level government officials on my next visit – but we’ll see.  Why all the panic on their side? (And trust me – it was panic – I am tempted to publicly release their emails to me.)  Because apparently, the information that I wrote about was extremely accurate, but highly classified and sensitive.

Now I have a couple of questions:

1.) If you are a Kurdish government official and possess classified information why are you sharing it with a journalist and then upset and surprised when I publish it?

2.) Why are you sharing information with me, knowing that I’m writing down your every word and then decide that everything you’ve just told me will put the Kurdish “semi-autonomous” region of Iraq in peril with all of your regional neighbors – and I’m talking about Iran, Iraq and Turkey.  Primarily because you don’t want them to know the extent of your intelligence gathering. Intelligence information that I was told and happily published.

Out of very, very reluctant loyalty to a friend or two in Iraq/Kurdistan, I have decided to redact names and the specific information that I gathered regarding some intelligence information – specifically regarding Iraq, Turkey and Iran. BUT, I can assure you – if you ever attend a conference of mine in the U.S. or Europe, I will happily give you the full perspective. And if you are someone who received the original article – well, do with it as you like.

Now, here’s what’s left of my article – still with some valuable insights regarding ISIS and their current status.

After five visits to Iraq offering conferences and doing research on the growth of ISIS, I took a little break from my visits. Almost two years ago I was contacted by U.S. intelligence sources telling me of a very specific (nastily specific) plot from ISIS to do – well, let’s just say, “to do what ISIS does” but this time to me, and apparently the intercepted threat was unusually well-planned out and directed towards me, by name.

So, fine – I stayed away while others sorted things out. Apparently my work in Middle East research and efforts to influence hearts and minds through Global Next’s training programs in Iraq and elsewhere did not sit well with some groups. But now, it seemed like it was time to return and I just finished a 2-day leadership training event where Global Next gave scholarships to 30 students in Iraq/Kurdistan to take the course. I also had the opportunity to interview a prominent individual in the Kurdish government.

The conference – and the group of students were amazing. The interview with the government official was enlightening. And of course my four days in Iraq were well worth it. I am now in Poland. I would say “safe in Poland,” but as most know, I’ve always viewed safety as an illusion as safety only exists in the hands of God.

Regardless, I thought my readers might find my conversation with this well-connected Kurdish official was interesting. Here’s a summary of some of the things we discussed:

Please give me the background on the rise of ISIS in this region:

“In 2011 when Obama decided to withdraw troops from Iraq, we, the Kurds, felt that it was a mistake, but the decision had already been made. When the US began to withdraw its forces it created a vacuum and that vacuum, as we all know now, was filled by ISIS and Iran.

“The situation today has not changed much. While ISIS doesn’t control any major territory, the ideology that drives ISIS continues to exist and the remaining members of ISIS simply move back and forth between Syria and Iraq and they continue to energize other cells – cells in many different countries. So the ideology is alive and well.

“It is well known that the U.S. was interested only in defeating ISIS’s territory – not their ideology. And the factors that contributed to the rise of ISIS in 2013, still exist today and could result in something bigger and more dangerous in the future.”

Would you mind sharing with me what those factors are?

“The factors that existed as ISIS came to the height of their power were already in place when the U.S. began its withdrawal – and continue to remain in place. I can describe them as follows:

1. The vast difference between groups in this region creates very distinct interests and decision making policies. For example the radical Sunnis want to kill all the infidels and Iran’s priority is to control and subdue the entire region. Different groups – different goals.

2. The State of Iraq is not designed to meet the needs of the very diverse people who live here. This problem has existed since Middle East Maps were drawn following the end of World War I.

3. There is also the problem of so many other countries (Russia, U.S. Iran, Saudi Arabia, Turkey, Qatar, etc.) seeking their own interests in Iraq and Syria. This has caused groups to encourage and support various radical groups in order to reach short-term goals. It has also brought with it massive confusion which ISIS exploited as they rose to prominence. But I don’t believe the U.S. supports terror groups – but other countries have taken advantage of the U.S.’s mistakes. The U.S. has a very shallow understanding of this region – always has. The U.S. doesn’t understand the motivation of groups like ISIS or the motivations of Iran.

4. There is the continual problem of the governing mentality in Iraq. Whoever comes into power in Baghdad thinks that history starts with them. They forget the past and they ignore the need to compromise. If the Shiites are in power they will take revenge on the Sunnis. And it’s the same if the Sunnis find themselves in power as well.

5.  The final factor is poverty, unemployment, a lack of education and a lack of social services. These all affect the lifestyle and mentality of those who live in this region of the world.

“All of these factors are conditions that existed before and exist now. These factors allowed ISIS to form and grow and spread.  And these same factors could allow ISIS to continue and reconstitute.”

Recently, there has been a lot of talk about allowing ISIS brides – whose husbands have been killed – to be able to return to their former countries of citizenship. Should they be allowed to return home and be given a second chance after having left their countries, joined ISIS and supported and witnessed unthinkable atrocities?

“You cannot compare the crimes of ISIS with anything else. They did everything – all the evil and most vile things humanity is capable of. You cannot offer their brides a second chance. I watched the interview of these women wanting to be reaccepted into their former countries. I saw no remorse in their eyes. No, they cannot and should not come back.”

What do you predict for the future of ISIS and for the region as a whole? Will ISIS reconstitute and regain territory?

“ISIS will take advantage of all of the lack of trust that exists in this region. They will also exploit the weaknesses that exist in developed countries, specifically:

It’s true that ISIS has lost its territory, for now. It is also true that sanctions have been placed back on Iran and that no rockets are flying from North Korea. (Even if no official “deal” has yet been signed with North Korea.)

But it’s also important to recognize that the ideologies and pursuit of power by groups  such as Radical Islamists, Communists, Socialists and open-border Globalists are all still deeply embedded in this world – ideologies and goals that are worth paying attention to. Trust me – these things are already impacting YOUR world and YOUR story more than you realize. 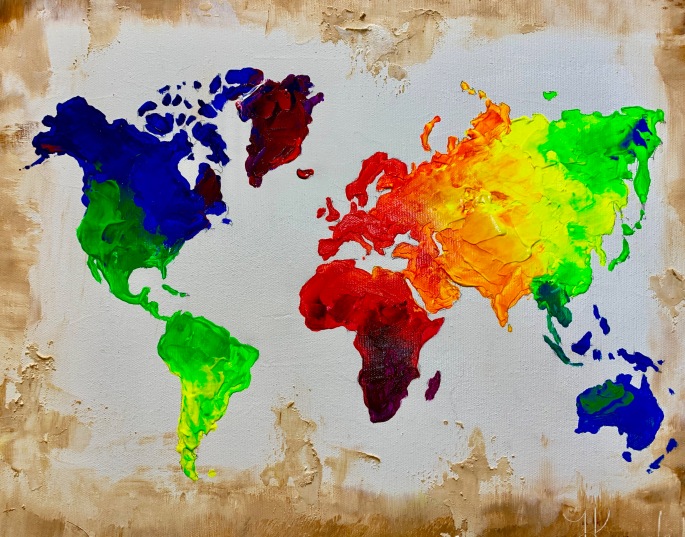 One thought on “The Comeback of ISIS: Will Your Favorite Jihadist Group Return?”