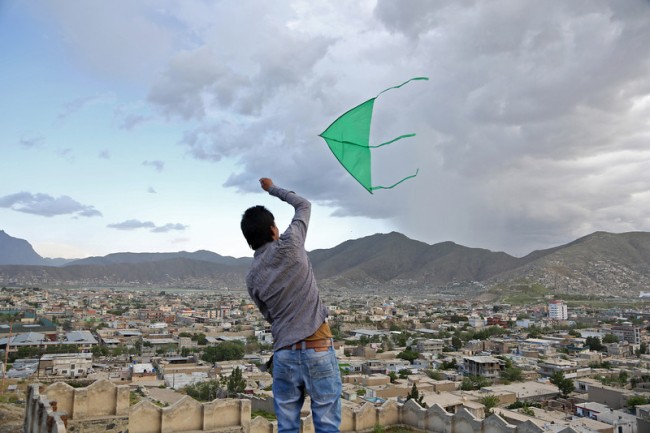 US President Obama has made it clear that he plans to withdraw ALL troops from Afghanistan by 2016. After more than a decade of fighting, spending, training and dying, Obama is going to try to keep his vision of ending two wars before he leaves office. (Note, “ending,” not necessarily winning.)

We’re going to leave about 10,000 troops in Afghanistan for the time being – as long as we get a security agreement signed with the new leadership of Afghanistan. (Current President, Karzai refuses to sign one.)

Brigadier General Feldmann, spokesman for ISAF, whom I interviewed in Kabul in March, feels optimistic. He states that each time he sees an iPhone or iPad in the hands of a young person,  it’s a boot into the stomach of the Taliban. He feels that modernization and freedom of ideas and thought are taking hold.  And that’s true…with some.

But guess what? The Taliban is still there. The Pakistani Taliban (which may be worse) is still there, straddling the border of Afghanistan and Pakistan. Our ally, the ISI (Pakistan’s secret spy service) is supporting the Taliban. (Boy, you’d think that $1.7 billion in aid would buy us a better friend!) And the Taliban will continue to undermine the government in Kabul. And they will continue the abusive, repressive treatment of women.

The bottom line is that the Taliban is bent upon instituting a 7th century version of Sharia Law on the entire country. (And not a version that every Muslim believes is a true representation of Islamic faith.) And I don’t believe that the Afghan forces are ready to go it alone against them. Not yet. (Not to mention the possibility of a national war that could break out once the troops leave.)

Sure, it’s tough being America. It seems unfair to have to police the world and sacrifice lives and treasure to try to protect ourselves (and the world) from people stuck in the 7th century. But what’s the alternative? Should Afghans be responsible for their own nation? Yes. Are they ready to do that right now with no help? No.

Ideas, like those of the Taliban, are not influenced by negotiations or trade deals. They do not hold opinions that can simply be debated. They have “ideals” that drive behavior with a fervor that only radicalized religion can create. Author James Fergusson offers this quote from his interviews with a Taliban member, ”One year, a hundred years, a million years, ten million years — it is not important. We will never stop fighting. At Judgement Day, Allah will not ask, ‘What did you do for your country.’ He will ask, ‘Did you fight for your religion?’”

Take a look at these great photos takes over the last 5 months in Afghanistan. They’re from the Denver Post and they’re pretty amazing.

2 thoughts on “THE US AND AFGHANISTAN: THE NEXT CHAPTER”