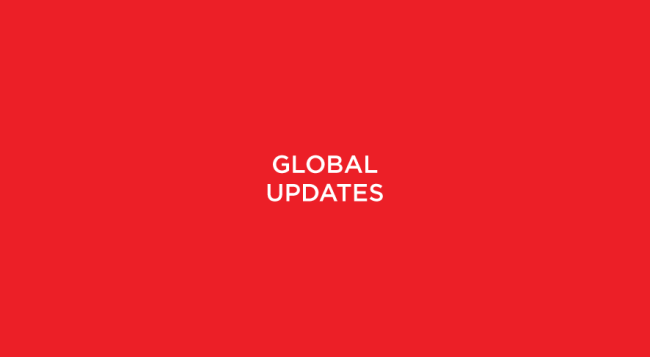 Every once in a while, I’ll stop and post some views on what’s happening in the world. It almost seems like a full-time job just to try to keep track of all that’s happening. Here’s my “simplified” list of five complex issues that are happening now:

What it means? The military-backed rule has effectively suppressed or imprisoned the Muslim Brotherhood and its supporters. The culture of protesting that began in 2011 is worn out – at least for the moment. Al-Ahram reported that there were thousands of Muslim Brotherhood demonstrators protesting against the elections, but according to intelligence service, Stratfor, the number was calculated by adding together all the very small protest across the entire country.

The entire saga of Egypt hasn’t exactly been a great exercise in democracy – but at least there will be a bit more stability for the time being – that is if you don’t mind a little suppression of freedom in exchange for stability.

What’s happening? President Obama made an unexpected visit to the US troops in Afghanistan yesterday. He pledged that the war in Afghanistan will end responsibly and that we will not lose the gains that have been made over the last decade.

What it means? It still means that we’re withdrawing most troops at the end of 2014, but Obama said that he would sign a security agreement with Karzai’s successor. (Which should be decided by late summer.)  It appears that maybe the president has learned something from what happened when the US left Iraq with no real thought as to what would happen after we left. (Which has NOT been good) For the sake of Afghanistan – and my friends in that country – I hope the plan is much better this time.

What’s happening? More than 200 school-aged girls were kidnapped last month by terror group, Boko Haram. A Nigerian military official recently stated that they know where the kidnapped girls are, but they won’t release the information yet and haven’t acted to ensure the release of the girls.

What it means? Well, I guess it means that there are groups like Boko Haram, that will actively try to enforce their interpretation of Sharia law in any way they see fit. And it reveals how ineffective Nigeria’s government has been at protecting the safety and freedom of its citizens. The Nigerian government is under a lot of international pressure to do something, but tensions  are growing between Nigeria’s Muslim north and mostly Christian south.

What’s happening? After a decade of discussion and negotiation, Russia has crafted a $400 billion natural gas deal with China.

What it means? It means that Russia’s president Putin could care less about recent sanctions levied against him by the West. (Because of the situation in Ukraine and Crimea)  And now Russia doesn’t have to rely solely on Europe to sell it’s natural gas. Previously, 80% of Russia’s gas went to Europe. Geopolitical shifts and alliances are happening swiftly.

What’s happening? Pope Francis made his first visit to the Middle East visiting both Israel and the West Bank. The Pope jumped into Mid-East politics by calling the West Bank “Palestine.” He stopped at the security wall outside of Bethlehem calling the situation unacceptable. He invited both the Israeli president, Perez, and the president of the Palestinian Authority, Abbas, to visit him for prayer in the Vatican. They both said yes, but I don’t think anyone has booked their flight yet…

What it means? The unresolved issues in Israel/Palestine are even too overwhelming for the Pope to solve. Even the symbol of the security wall shows the immeasurable divide between the Israelis and Palestinians.  Palestinians look at the wall as a prison, Israelis look at the wall as something that has saved thousands of lives from suicide bombers. The Pope, true to the diplomatic characteristics he has displayed since taking office, met with everyone from Israeli Prime Minister Netanyahu, to the Grand Mufti of Jerusalem – imploring everyone involved to leave “no stone unturned” in the pursuit of peace.