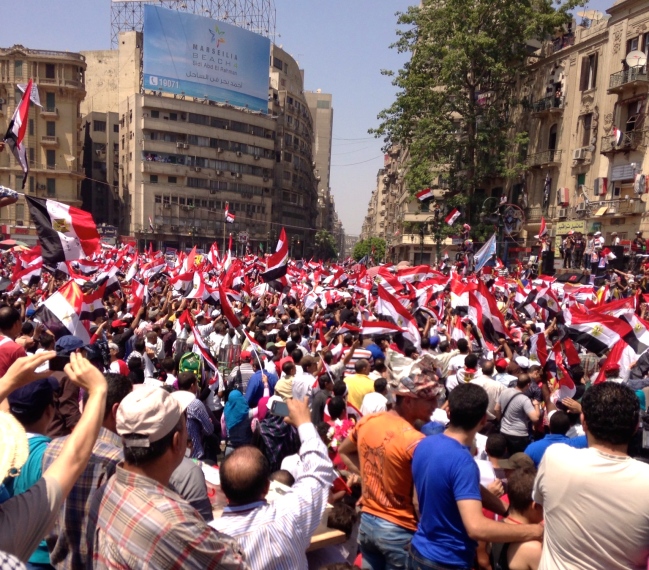 Of course I have to blog about Egypt. My organization, Global Next, has an office in Cairo. We offer numerous training conferences and run an internship program there. I have witnessed first-hand the impact of the first revolution in 2011, the presidential election of 2012, the subsequent violence in the winter of 2013 and the June 30, 2013 revolution – or coup – of this past summer. I’ve seen a lot. I’ve talked to a lot of people.

If you don’t live in Egypt, it would be easy to assume an attitude of ambivalence.  But Egypt matters. It’s the most populace Muslim country in the MIddle East – what happens there impacts the region. And what impact that region impacts the world. More important are the people. People matter to God, so they should matter to us – regardless as to where they are from. But when it comes to Egypt, I’ve invested parts of the last 8 years of my life working there- so it will always be more than personal.

Right now, to say the least, things are rough in Egypt. Over the last week, more than 700 people have been killed. Thousands have been wounded.  And the violence doesn’t seem to be abating. So, let me try to put a little context to what’s happening.

February 11, 2011: Long-running President Hosni Mubarak was ousted by mass protests and a little help by the military. His nearly 30-year reign was over. It was time for something new – something that the Egyptians themselves wanted. It was time for freedom, choices, jobs and a brighter future. Egyptians were ecstatic.

“But revolutions are tricky things. National transitions are hard.”

On June 30, 2012, Mohamed Morsi was chosen as the first democratically elected president of Egypt. One year later, to the day, unprecedented mass protests erupted in Egypt against the new president giving a perceived mandate for the army’s taking President Morsi out of power on July 3rd. Unlike when Mubarak was forced out of power, this time feelings were mixed. And the feelings were quite powerful. Question were everywhere: Had a rightful election been pulled out from under the president? Was this a clear military coup? Was it a people-driven street election? Was it empowered citizens taking back their country from a direction they would not tolerate? Was it liberation? Or was it injustice of the highest order? (For more on this, click here to read my previous article.)

Since July 3rd and the removal of President Morsi, there has been plenty of violence, death, mayhem and instability. Predictably, no one agrees on anything. There are stories of violence being perpetrated by both sides of the conflict.

The Pro-Morsi block continued protesting at the Rabaa al-Adawlay Mosque and Nahda Square in Cairo. They want their president back and they aren’t interested in other solutions. The army got tired of it. Warnings were given. And finally the army decided to clear out the camps of Pro-Morsi/Pro-Muslim Brotherhood protesters.

And there was lots of bloodshed. And retaliation. Churches were burned. And mosques burned. And each side of the conflict has their heroes and martyrs that continue to justify their behavior, actions and beliefs. The wounds and divisions between Egyptians grow deeper. Here’s a truth for you: If you identify a group of Christians as the “reason” behind the overthrow of your president, you’re likely to respond strongly, even violently against them. If you identify a member or supporter of the Muslim Brotherhood as a terrorist, you are likely to shoot them – and eventually outlaw the entire organization. And so it goes…

As the events continue to unfold, I thought it would be helpful to hear from those who are in the middle of the crisis. The following statements come from young Egyptian men and women who have at least one thing in common: They have all been interns for Global Next at one time or another over the last three years.  Some have given me permission to use their names. Others have asked that their names be withheld. Here’s what they think about what’s going on in their country:

Is the Egyptian army representing the will of the people?

Ahmad El Gindy, (24, Muslim) puts it like this: “I think the majority of the people in Egypt accept the army as their savior…” But he won’t go so far as to say that the army represents them.

Mina Beshir (21, Christian)  shared: “Yes I do believe the army was representing most people. For a time I thought Morsi should continue his presidential period, but it would’ve been a great struggle for the country to continue being lead like that for another 3 years. Therefore the army was right about ousting him.”

Mohamad Ragaie: (25, Muslim) “No, I don’t believe that the army is representing most people in Egypt. I think this is clearly a coup and against the rules of democracy. In a democracy, not everyone will end up happy with the current results.”

Was President Morsi leading the country in a democratic direction?

Moustafa El-Said: (21, Muslim) “Leading the country in the tradition of true democracy? Not at all. They were only serving their own interests excluding all other groups.”

Mina Atef: (21, Christian) Of course they were taking us in the terrorist direction, in the “Sharia” direction and to rule the country by a Muslim  direction.”

Unnamed former intern (Muslim, currently works for UN organization) “For almost one year Mr. Morsi didn’t even take a decision that represented all the Egyptians and sectors. He exploited the Egyptian resources and many innocent people have lost their lives in every governorate.”

Were the pro-Morsi protesters protesting peacefully?

Ahmad El Gindy dismissed the idea that the protests of Morsi/Muslim Brotherhood supporters was peaceful. He indicates that the impression of “peace” was giving cover to extremest and thugs. And yes, he says, “the supporters of Morsi have a right to protest – but they do NOT have the right to shut down roads and important routes for over 40 days. They do NOT have the right to continuously spew hate speech and incite people to kill each other.”

Mina Beshir: “Should the supporters of the Muslim Brotherhood be allowed to continue protesting? Of course not. They blocked roads for weeks, attacked people, they even had weapons with them, and there’s a photo of one of their leaders having a gun on him during the protests.”

Moustafa El-Said “Peaceful? No. Not even by a small percent. Their protests were based on weapons and shedding blood.”

Mina Atef: “Of course no, they were having guns with them and terrifying the people of the neighborhood where the were protesting and the took like 20 people in the jail that they made in the neighborhood and  they tortured them and in the end they killed them.”

Unnamed former Intern: “No, they weren’t peaceful at all. There is evidence that they burn people and hid their corpses in the mosque. They used all brutality tools to kill, they burned churches, mosques, police stations and the Alex Library. No one truly loves his/her country and would burn or harm his country / people.”

What’s the current atmosphere for Christians?

Mina Beshir: “As I always believed, there’s a warm relationship between Christians and ‘moderate’ Muslims in Egypt. Yet attacks towards Christians from the MB and their allies has clearly risen lately.”

Moustafa El-Said: “The situation is insecure for Egyptians in general and Christians in specific because the Brotherhood consider them unbelievers!!!”

Mina Atef: “The atmosphere is awful. The Muslim Brotherhood are burning the churches everywhere in Egypt. About 80 churches have now burned.”

Mohamad Ragaie believes that the threat against Christians is exaggerated, as he believes most media reports are exaggerated and twisted on both sides of the issue. He recognizes the danger for his nation as people respond to emotions rather than facts.

Unnamed former intern: “Now Christians are so patient and they understand the situation. They say that our churches are our gift to Egypt. They refer to the Bible: to be patient and love your enemy.”

But not all agree – another former intern, who declined to be named states that: “Christians are taking exactly what they want – on a silver platter.” He went on to state that Christians do not want to be ruled by a Muslim president under Muslim laws. The individual told me that he would prefer an Islamic government. He also shared that some of his friends were taken by security forces and report that Egyptian security are killing people. He is shocked that by simply following your faith and praying in a tent could cost your your life.

What’s your prediction for Egypt’s future?

Most of those who responded to my questions expressed grave concerns about what is going on in their country. They realize that it’s unstable, dangerous and not likely to get better anytime soon. In fact, some believe that it will get worse before it gets better. But there remains among young Egyptians a thread of optimism that tells them that Egypt is special – and that they are special. And that in time, they will enjoy a revival of a magnificent country.

Situations are rarely simple. Stories are not often fully told. And impressions are just those – impression – always hooked to a moment and laced with emotion and bias. Mr. Mohamad Ragaie, the current operations director for Global Next in Egypt says that there’s so much bias and misinformation flying around that he now finds himself bias toward non-bias. But he also realizes that at some point there may be no middle ground left.

In his analysis, Mr. Ragaie cannot agree with how the army is responding, but neither does he want an Islamist government. While the limits of freedom could be debated, he certainly doesn’t believe that any government, nor person, should dictate what a person believes or how they worship. He’s also not sure that democracy can even work in Egypt at this point – he might, he says with a wry smile, be more satisfied with a dictatorship – benevolent if possible.

One thought on “Egypt in Context”