Greetings Globalnexters – this season of study-abroad conferences and research is going by like a whirlwind – so I thought I’d stop for a moment and share some insights and impressions from the places that Global Next has found itself in the last few weeks. Here are the highlights. 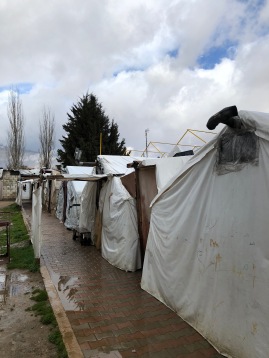 Lebanon has taken in 1.5 million refugees from neighboring Syria as well as 500,000 Palestinian refugees. That’s  2 million refugees for a population of only 4 million. Needless to say, there is widespread economic and employment concerns. I visited a Syrian refugee camp north of Beirut – the conditions looked atrocious and while the UNHCR (the UN Refugee Agency) logo was plastered on everything – the camp director told me that the UN is not helping at all. If they survive, it will be because of private donations from individuals.

And then I headed south – deep into Hezbollah territory to see an oddity of a museum called the Mleeta Tourist Site: Where Land Speaks to Heaven – operated by Hezbollah members and soldiers.  The entire, relatively modern exhibit is a one-sided propaganda statement against Israel and Hezbollah’s wars with her. Travel the trails where brave Hezbollah fighters took out the enemy. See the captured tanks and artillery that Israel left behind in fear. Read the blatantly biased descriptions of each battle. The only thing that seemed “real” was the sound of Israeli spy drones that could easily be heard above the museum property. 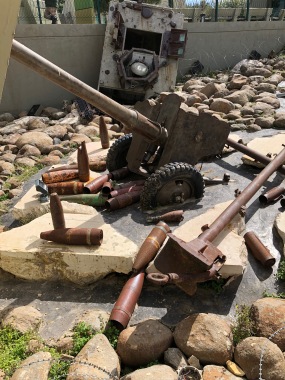 What comes after a museum like this? Inevitably another war. And both sides are ready for a bigger conflict than ever before. Hezbollah boasts 100,000 rockets pointed towards Israel. Israeli contacts tell me that the IDF will employ a “mad dog” philosophy when defending themselves. They are no longer interested in what the UN thinks or what the world thinks. They have learned time and again that they have only themselves to rely on. So, if attacked again, they plan to flatten Beirut to the extent that it will take 50 years to rebuild.

March 2018
Italian Election – Is Everyone Leaning Right These Days?

Italy’s March 4th general election caused quite a stir in the weeks leading up to it. The election was billed as the greatest threat to the European Union and economy since Brexit. So it seemed exciting to be in Rome during this event. 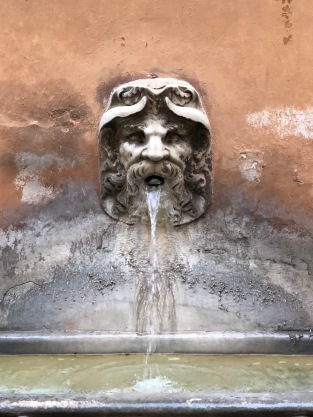 In the end, while the conservative, right-leaning candidates won big – they didn’t win big enough to have a clear majority in the government – leaving a hung parliament. Time will tell if deals are made, if coalitions are formed and if the government can move forwards.

What’s clear is that the victories of the right-leaning candidates was a referendum on the economy (Italy’s current debt is 130% of its GDP) and on the refugee issue. (Italy is a first-entry gateway for immigrants coming from North Africa.)

And to be sure, I spoke with people who expressed themselves passionately on both sides of the political debate. Not unlike the US. 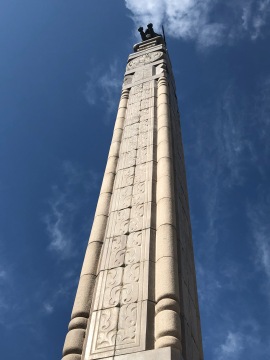 It all sounds pretty good until you look just a bit beneath the surface.

This post-Soviet country is nearly 80% Islamic. Certainly many consider themselves to be Muslim in name only – not necessarily in practice.

I had numerous conversations with people in Kazakhstan – one such conversation was with a 45-year-old Banker. He is Muslim, but not religious. He claims that his children will not be religious either – and that he will see to it himself. However, he told me, his friends are becoming more and more religious – and they are increasingly pressuring him about going to the Mosque.

He believes that the radicalism that President Nazarbayev is working so hard to control is bubbling just beneath the surface. (Just a look at the large number of radical Islamic groups that are banned in Kazakhstan will give you an idea of the task and the effort to monitor behavior. Oh, and a side note: Just because organizations are banned does not mean they do not exist in Kazakhstan.)

But I’ve seen this before. I see radicalism beginning to rear its head in Uzbekistan. I watched President Mubarak in Egypt (after 30 years) be tossed aside and the Muslim Brotherhood brought into power – however briefly. (Mubarak was tough on terrorism and radicalism in Egypt as well.)

President Nazarbayev has been the only president of Kazakhstan for its 26 years of independence.  A number of sources shared with me the same story: The youth of Kazakhstan are not well-education, are unsure of what they believe and how religion fits into their lives and are deeply susceptible to being recruited by radicals.

While no one is particularly comfortable talking about this topic in Kazakhstan, everyone that I spoke to agreed that there is a move towards Islam and they worry about what will happen when those seeking out meaning and purpose in Islam become more devoted to the teachings and principles of the religion.

The Czech President, Miloš Zeman, says that he opposes the “quota” system set by the European Union, dictating how many refugees each member of the EU is required to accept. The Czech Republic, along with Hungary, Poland and Slovakia have the most opposition towards the quotas set by the EU.

The President says that his country cannot take the security risks and put the Czech Republic in a position to become like Germany or France. The central European nations – especially in a post-Soviet world –  simply do not identify with the diversity found in Western Europe.

Based on the interviews of Global Next students in Prague, two things became clear: Most people felt the European Union was valuable – but found that accepting refugees was not.

Zagreb, Croatia: We’ll Do our Part if Only the Refugees Would Come

On my visit to Zagreb I encountered the opposite problem regarding the challenge of hosting refugees. Croatian Interior Minister, Vlaho Orepić says that Croatia wants to fulfill its responsibility of taking its quota of refugees that are up for resettlement. They should receive 1563 refugees. Thus far, they have received only a small portion of that number- fewer than 70. Why? Because, says that Interior Minister, no one wants to stay in Croatia. 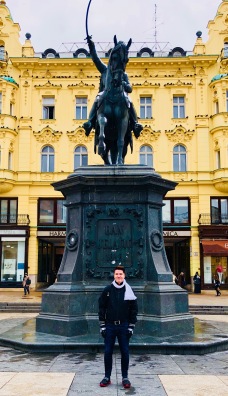 As it turns out, the refugees who have poured into Europe, escaping war, violence and economic woes from Syria, Iraq and Afghanistan and North Africa are rather picky and a little bit elitist. And for them, Croatia just won’t do. They feel they deserve a better country with more benefits. And no, the irony is not lost on me. I am purposely refraining from additional commentary…

March 2018
Poland: Making the EU and Israel Mad at the Same Time

In a country that has become increasingly homogeneous, the conservative government has refused to let in any refugees from crisis countries. The European Union’s plan to resettle 160,000 immigrants (mostly from Italy and Greece) has been met with a big “no thank you” from Poland. ( A country that is 96% Catholic.)  I think the sentiment was summed up by the following statement from Elzbieta Witek, chief of the prime minister’s cabinet office:  “A good Christian is someone who helps, not necessarily by accepting refugees.”

And as long as you have the EU mad at you, why not upset Israel as well. Poland accomplished that as the government passed a law that limits any discussion of Polish complicity with the Nazi’s during World War 2 and the Holocaust. You’re just not allowed to

discuss the possibility – or historical records that indicate that there were Poles who saved Jews and others that well… didn’t.  Freedom of Speech has taken a hit square in the nose.

No one knows exactly how this law will be implemented or if it even can be effectively implemented. However, Israel is irate about it and Jews in Poland say they no loner feel safe.

So there you have it – a little window to the world, my work, and my efforts in trying to bring you some perspectives and inside information about this world that we share with so many others.

I hope that by linking these brief reports together, it will provide a bit of clarity and context to what’s going on in places that we might not often think about, but that matter.

Thank you for your support, your prayers, your encouragement and your enthusiasm for the things we do. It matters and is always appreciated.

*All photos are originals