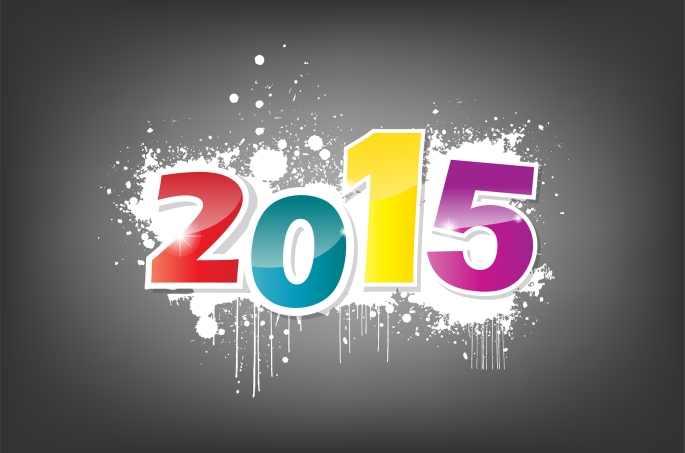 Another year has nearly finished – and as usual, much has happened. This is my recap of the year – my thoughts of what I think were ten of the most significant geo-political events that have shaped our world and shaped us as people. Take a look back: (And yes, the coming sarcasm is intended!)

Equal dignity, equal rights, and equal  love…well sort of. This was a victory for the left, a cultural marker that indicates a tipping point away from traditional American and Christian values and has left many wondering what to do when their faith values bump up against “human rights” values. I think it’s time we just admit that “Human Rights” is the new global religion replacing all others. After all, it’s just the “human” thing to do…

Billionaire? Populist? Thorn-in-the-side of the Republic Party establishment? Yes, he’s all of these and he’s disrupting politics in America. Who knows if he’ll get the Republic nomination, much less win the Presidency. But he sure has reminded us that politically correct speech is overrated. And he has certainly connected with the way quite a few Americans think and fear about the direction of their country. Maybe it’s just that people are desperately wanting something that will give them hope and change… Oh wait… we did that already – didn’t work out. OK, maybe, people are just tried of the fact that the U.S. isn’t winning anymore – we’re just feeling sort of crushed and demoralized. It’s nice to hear, “I’m going to make America great again!” Oh, wait…I think somebody did that in Germany one time too… Oh well, it’ll probably be Hillary anyway…

After World War 2, many European nations signed on to the 1951 Refugee Convention stating that they would provide safety for those seeking asylum in Europe. In 1967, the treaty was modified to include those seeking refuge from around the world. I’m sure they had every intention of following through on that. But when it suddenly became the largest immigration crisis since WW2 and some of those immigrants might be mixed with ISIS terrorists bent upon destroying Europe’s way of life, it’s easy to re-think your generosity. Or you could be like Italy and Greece…just too poor to provide any infrastructure for the refugees. In this case, you can just “accidentally” leave the back door of the refugees centers unlocked and the next thing you know, your refugees have disappeared and are putting economic strains on Germany and Sweden. Strangely absent from the list of nations who are taking in Syrian and Iraqi refugees are: the Gulf states of Saudi Arabia, Kuwait, Bahrain, Qatar, Oman and the United Arab Emirates. Hmmmmm….

4. The year of the Blood Moons:

Everyone scrambled to figure out the end of this “story” but the world rolls on. A Tetrad of Blood Moons occurred this year. It’s a special event that doesn’t happen very often. Funny thing is, the dates of these celestial occurrences always coincided with Jewish Feast Days (which follow lunar calendars).  And along with the Blood Moons, there were many other “signs” that the world should have ended in September of 2015. In case you weren’t paying attention, it didn’t. (You can read my blog, “The Last September” here) Maybe the Blood Moons are still connected to some of this year’s tragic events. Maybe we missed something. Still, 79% of Evangelical Christians think that recent current events indicate that we are living in the “end times.” If that’s true, I guess we all need to sort out a few things in 2016.

5. ISIS continues to thrive, destabilizing Iraq, Syria and much of the Middle East.

President Obama didn’t really take them seriously. Most of the rest of the world does – as far as their ability to take territory, adroitly use social media to recruit followers, release highly-produced videos of beheadings and burnings and their ability to export their terror to other places. It’s not that ISIS cannot be destroyed – it seems like the “powers that be” simply won’t bother themselves to just get rid of them. There are too many conflicting interests at stake. Meanwhile, ISIS continues to recruit, most Muslims don’t want anything to do with them, and the West misses the simple days of the Cold War and the Soviet Union. (Update – there seems to be some “late year” effort to roll ISIS back by retaking the town of Ramadi – we will see!)

Welcome back to the “Nations of the Upright,” Iran. You’ve been gone too long, we’ve missed you! 1979 seems so long ago. But now we’ve talked it all out and you’ve made some really good, reasonable promises. You’re going to stop trying to make nuclear weapons and you’re going to play nice with others. So, here’s your $150 billion that we’ve been holding for you, don’t spend it all on ballistic missiles now. Save some for roads and schools and hospitals. And yes, of course we trust you – we are absolutely sure you will not break any of our agreements. Oh, and as a bonus, please, feel free to keep three or four of our Americans as hostages. We’ll talk about that another time.

Your cigars and “authentic poverty” are just begging for a tourism campaign! And yes, we know we’ve had our differences about Communism and Human Rights and Political Prisoners.  But everyone argues, and it’s probably time we just made up. Plus, we have this really great idea for an embassy…and this extra flag…so, you know, here we come!

8. ISIS brings attacks to Europe and the U.S.

Starting with last January’s attacks on the Charlie Hebdo offices and continuing at the end of the year with the horrific coordinated attacks in Paris and then in San Bernardino, California less than a month later – people are feeling a bit nervous about security. All of these were horrible tragedies (connected with ISIS or affiliated groups) could have been prevented with shared intelligence, proper security and, I don’t know…checking a few Facebook pages and fiancée visa applications. But if you want to feel better…or worse, check out what the conspiracy theorist and “false flag” people are saying. I am NOT saying I agree – I am just sharing some interesting (if not well-thought out) versions of global events. Take at look at this and this.

9. Russia gets involved in the chaos of Syria.

Russian generals basically tell the  American military to stay our of their way. It’s doubtful Russia is in Syria to get rid of ISIS…plus they got one of their planes shot down by Turkey. Didn’t Turkey knows that Russian planes fly wherever they want? Why did they have get all “serious” about this stuff. Now Turkey and Russia are mad at each other… Oh, and things in Syria aren’t any better.  (To understand the Syria situation better, check out his video.

The only thing you really need to know about the “sweeping, historic” climate change conference held in Paris from November 30th – December 11th is that no will follow it. Nations, like people, generally do what’s in their own interests. All you’ve got is about 200 countries getting together saying, “Wow, it seems warmer than usual. There’s probably something going on and we should all consider reducing our carbon footprint – or at least we should “talk” about it. Should we make it binding on each other? Maybe add a few penalties? No? Too harsh. Ok, see you guys next time!” So, the best thing the climate conference could have done for the environment, would have been to to save the trees that produced the paper the agreement was printed on.

So, those are my 10 events for the year, what are yours?

Before I completely say goodbye to 2015, let me share a few thoughts with my readers:

For me and Global Next, 2015 has been exciting – God’s grace and protection have continued to amaze me. I’ve traveled tens of thousands of miles, brought eduction, truth and questions to at least 16 counties and worked with thousands of people through our conferences and educational programs. We even opened new training opportunities in Iraq and a new study-abroad course for American students in Beijing, China.

And this year, good things happened to people I care about. My friend Paul got a promotion at his work, my friend Jim keeps adding grandchildren, A former MBA student of mine, Elias, got married, my friend Ammar got engaged and my friend Zakaria was able to escape from Afghanistan, through Iran, to Turkey with a hellish nightmare of a crossing to Greece. But he’s out – he’s seeking asylum and a better life. There’s more – but you get the idea. Life continued to happen to all of us in 2015.

2015 was a good year to refocus, re-clarify goals, passions and priorities in life. With so many distractions and so many people as a natural byproduct of what Global Next does, this is a constant issue that needs adjustment and balance. Being consistent with that, I got rid of a few unhelpful friendships this year – something that was much needed – I added a few promising new ones, and kept some great old ones. I surprised my parents with an unexpected Christmas visit in Ohio, and traveled back “home” to Korea with my wife… 11 years have swept by since I had seen that dear part of my family. As usual – when you have a chance to look back at the whole picture, it’s not so hard to see what and who is important, and what and who is not.

Time moves quickly and without mercy my readers! Let 2016 be a year that you choose to actively invest in, whatever that is and wherever that takes you. Through all of history there have been markers… turning points where men and women stood up and made a difference. Let 2016 be a year where you clean up a few things, clarify a few things, remember who you were meant to be, and be that person who stands up in a rapidly-changing world as a beacon of truth.