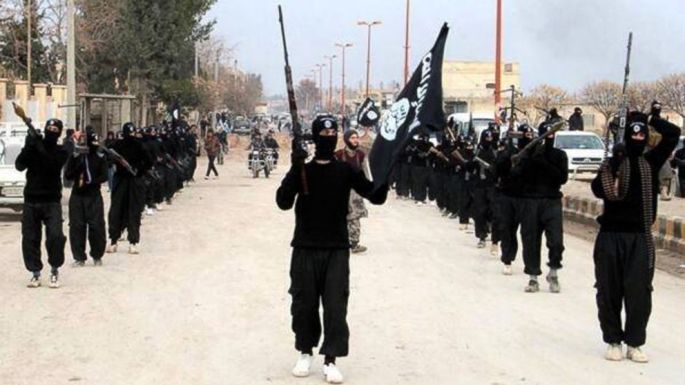 Of course you’ve heard about ISIS, the Islamic State of Iraq and Syria. It’s also known as ISIL or simply the Islamic State. They are a full-fledge terrorist state who have claimed large swaths of Iraq and Syria as their territory. They are persecuting other Muslims, Christians and religious minorities. And they have just beheaded an American journalist, James Foley, and posted a horrific, graphic video of his beheading online.

So, what do you need to know? Here are answers to five questions to help  update you on this new and unsettling reality:

What is the goal of ISIS?

Since they were founded in 2004, they’ve had one consistent goal: Found a hardline Sunni Islamic state. They used to be known as al-Qaeda in Iraq, but they split with al-Qaeda in 2014. Al-Qaeda asked them to kill fewer people, but they refused.

Who are they killing?

Pretty much anyone who doesn’t agree with them or gets in their way. They have killed Shiite Muslims, Christians, and the religious minority sect, the Yazidis (who they view as devil worshippers). Some say that the killing of American journalist, James Foley was simply a statement  – mostly to ISIS’s supporters – to let them know that the newly-formed Islamic State wasn’t getting beaten back by – or intimidate by – US airstrikes.

According to the Daily Beast, ISIS has been funded for years by nations that are supposedly allies of the US: Turkey, Kuwait, Qatar and Saudi Arabia. Though it’s hard to see how this benefits Saudi Arabia – who currently holds the two holiest sites in Islam (Mecca and Medina) and certainly wouldn’t be willing to turn the title of “Islamic State” over to ISIS and give up control of these holy sites.

What’s the motivation for this support? The century-old conflict between Sunni and Shiite Muslims. More than likely any support of ISIS stems from a desire to protect Sunni Muslims from the atrocities committed against them by Syria’s President Assad and Iraqi Prime Minister Nouri al-Maliki. But I’m thinking that at some point, these governments will start to regret their investment. Regardless, ISIS is now the wealthiest terrorist state in the world.

Why are they attracting some Western support?

It is no secret that holders of American and European passports have joined the fight in Syria and now in Iraq. The murder of James Foley was particularly upsetting in Britain (home to about 2.7 million Muslims)  when it was revealed that the man who performed the beheading was British.

Iqbal Sacranie, an adviser to the Muslim Council of Britain, said Britons from across the country’s communities had to stop young men being seduced by radical ideologies.

“This sub culture of this ‘jihadi-cool’ – as they call it in the media – within the margins of society … that is the real challenge,” he told BBC Radio. “This is a problem that affects all of us and it will only be dealt with more effectively if all of us are working together on this.”

Is ISIS a direct threat to Europe and the US?

It appears that at the beginning, ISIS was interested in only regional success – to establish an Islamic Caliphate. Regardless as to their original plans or vision – it appears that after the US started its bombing campaign, ISIS has extended its sights. In a recent Washington briefing, Defense Secretary, Chuck Hagel commented on the sophistication of ISIS and said that it  was “beyond anything that we’ve seen,” calling the group more than ‘just a terrorist group.’ They marry an ideology with a sophistication of strategy and military prowess” that represent “a whole new dynamic and a new paradigm of threats to this country,”

Regardless as to whether or not ISIS had global ambitions from the start, what we know now is that they have expressed a goal of global domination within five years.

Questions that still need to be answered include these, “How will peaceful Muslims respond?” “Will Saudi Arabia, Qatar, etc. continue financing this group?” and “Will the US and other members of the global community take a stand or just offer a few airstrikes and empty words of condemnation?”