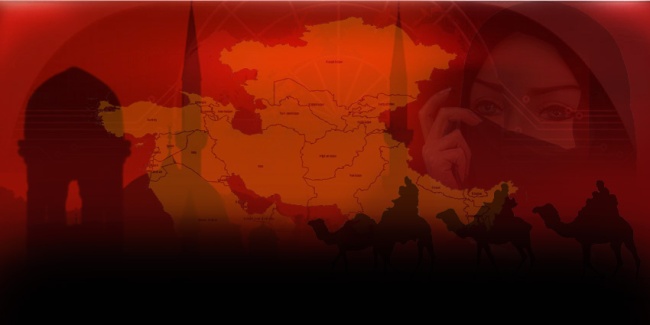 Well, it’s only January, but it’s time to do a quick update on what’s going on in the Middle East. There are four issues that deserve our attention.

The West struck a landmark deal with Iran over their nuclear program. Under the deal, Iran has agreed to cap the enrichment of uranium in return for relief from economic sanctions. Then Iranian president Hassan Rouhani made remarks that the “deal” means the “surrender” of the US and Western powers to Iranian demands. Nice.

While there’s undoubtedly an element of “spin” that all politicians use to placate their constituents, I’m afraid that Rouhani is right – it was a win for them. Iran is still in a position to make nuclear weapons on their own timetable.

According to the LA Times in addition to the deal made in Geneva, the US has a “side deal” with Iran about expectations for Iran’s nuclear program. The “nonpaper” deal (diplomatic terms for an informal side agreement that doesn’t have to be revealed to the public), allows Iran to continue nuclear research and development during the next several months. It also states that no facilities will be closed and enrichment will continue. So, yeah – the win goes to Iran.

So, while four Americans were being murdered in Benghazi, our President knew what was happening and why, but still chose to mislead the nation and try to perpetuate the myth that al-Qaeda is no longer a threat. This idea reveals a vast misunderstanding of radical religious ideology – one that is turning out to be dangerous. Check our what’s going on in Iraq right now.

There is escalating violence in western Iraq as al-Qaeda makes a resurgence there. US intelligence officials say that forces linked with al-Qaeda have raised their flag over the city of Fallujah. Some US lawmakers are issuing statements that because of the pullout of US troops from Iraq, a vacuum has been created and al-Qaeda has taken advantage of it.

Here you have a classic example of unintended consequences resulting from foreign policy decisions. The US went into Iraq because there was a supposed link between Iraq and al-Qaeda and 9/11. In retrospect, most experts agree that there was no direct connection between Iraq and al-Qaeda at the time of 9/11. But war was waged, lives were lost, and al-Qaeda in Iraq (AQI) emerged.  Like a self-fulfilling prophecy, we now have what we “said” we had back when the war began. Now what?

Egypt’s first vote since the army relieved President Morsi of his position is occurring now (January 14-15, 2014). The vote is a “yes” or “no” vote on the country’s amended constitution. But really, it’s a vote of confidence on the Egyptian military establishment – and probably a precursor of General al-Sisi’s run for presidency later this year.

The vote is expected to be overwhelmingly in favor of the new constitution – and that’s pretty easy to predict. The Muslim Brotherhood (the party of the former elected president) has been designated a terrorist organization. Its leaders have been jailed. Any pro-Muslim Brotherhood demonstrations are dispersed. And if you hang posters calling for a “no” vote on the amended constitution, you’ve probably also been arrested.

The committee responsible for drafting the new constitution included mostly secular-leaning representatives, two Islamists, four Christians and four women. But no one from the Muslim Brotherhood. Many in Egypt are simply eager for stability to return to their country and for a government that will focus on security and economic development. They want a constitution that’s good for all Egyptians – not just one party.

But still, regardless as to your views of the Muslim Brotherhood – it’s hard to imagine that the suppression of free speech and freedom of conscience is ever a good thing. Some think that Egypt is returning to the Hosni Mubarak era.

There’s always much more going on in this complicated world, but there you have it – a quick update of developing stories. I like to encourage people to research all sides of global issues, to seek comprehensiveness and always pray for wisdom. This is the first step of those who want to create change in the world.

“Never believe that a few caring people can’t change the world. For indeed, that’s all who ever have.” (Margaret Mead)