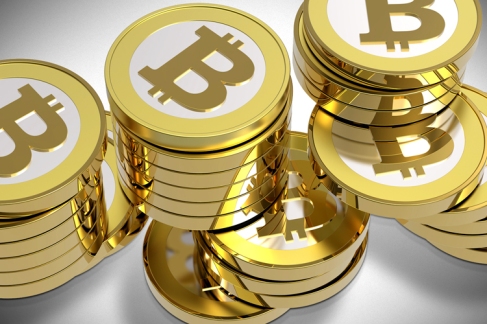 Chances are you’ve heard of Bitcoins. But you may or may not have been paying attention because it probably didn’t matter to your life at the moment. But now you’ve got to pay attention because today the value of a Bitcoin surged passed $1000. That is remarkable considering the cost of a Bitcoin was $215 at the beginning of the month.

I believe this is a trend worth watching – and so I thought it would be helpful to share a few facts about Bitcoins as this new form of currency begins to penetrate the mainstream public consciousness.

1.  Bitcoins are a prominent digital currency but it is not backed by any government or a central bank. Think of it…a global currency potentially free from one (or a group) dominant political or financial actor. Interesting.

2.  One of the reasons users like Bitcoins is because of its perceived anonymity. Because you don’t have to provide any identifying information to be part of the Bitcoin network, the user feels his transactions are anonymous. That’s also why it’s used for the payment of illegal black-market goods, like on the illicit website Silk Road. But records of every Bitcoin transaction are kept permanently on the network’s shared public transaction registrar – so it’s sort of difficult to stay anonymous for long.

3.  What can you buy with Bitcoins? Illegal drugs, weapons, forged documents, hit men… Most of the general stuff on most people’s Christmas lists. But you can buy more mainstream stuff as well. You can use Bitcoins to order pizza in Amsterdam or hire a taxi in Edinburgh. And Virgin Galactic recently announced that they will accept Bitcoins for your upcoming journey into space. You can’t use it on amazon.com yet. 😦

4.  Anyone with a powerful enough computer can create a bit coin as part of a technique called “mining,” which is used to process transactions. So the money is not mined from gold or silver – it’s mined from code. Sort of “geek gold.”

5.  Bitcoins were created by a guy (or a group) named Satoshi Nakamoto. He never provided any personal details and has sort of disappeared. The torch is currently held by developer Gavin Andressen who now works under the auspices of the Bitcoin Foundation.

6.  The Robocoin ATM is the first machine that can take real (traditional) currency and exchange it for Bitcoins. It debuted in Vancouver, Canada – mostly because there’s a lot less government over-sight in Canada than in the US. And the police ride horses.

7.  As defined by Bitcoin rules, there will never be more than 21 million bitcoins in circulation. Fractions of Bitcoins have been and will be used.

Bitcoins are only five years old – and of course there are some kinks. At the moment, the whole system appeals to the “geek” segment of the population, it is volatile and seems to appeal to criminals. In the end, this is an important issue because we have – for the first time in a long time – a brand new model for how financial transactions could be arranged. Mike Hearn, Bitcoin Core developer says, “It’s a new financial system, designed from scratch by the people, for the people.” And anything that has to do with the ability of people to buy, sell and move around funds always leads to freedom or restriction, power or control and influence or manipulation. Paying attention is a good thing.