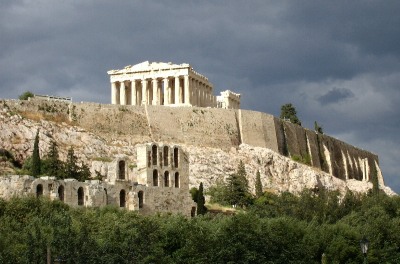 Lately I’ve been doing some work preparing for Global Next’s January conference in Athens, Greece. The theme of the conference is “Connecting the Dots” where we will spend a lot of time talking about worldviews and trends ranging from generational shifts, social trends, entertainment progressions, and trends in ”spirituality.”

I can’t think of a better place to teach this course than in the historic home of philosophers and thinkers. From our hotel near the foot of the Acropolis to the unbelievable beauty and geological upheaval of Delphi (once thought to be the center of the world), tomorrow’s leaders will ponder what in the world is going on in their world!

Since this international course is already completely sold out, I thought I’d share a few of the trends we’ll be covering with those of you who WON’T be going. 🙂

Social media is everywhere – connecting people like never before and destroying relationships and reputations like never before as well! Facebook is still leading the pack with 1.15 billion total users. Twitter and Google Plus are gaining with 500 million total users each. Instagram has 130 million users and is gaining ground – mostly by kids who hate that their parents found Facebook!

Reminder: Once it’s online, it’s out there and more people see it than you think. Many companies, recruiters and employers are searching potential employees’ Facebook pages, interests, photos and “likes” before hiring. And the law says that if you post it, you’ve got to own it. Be careful of your online life if you want a real-life future!

Traditional views on marriage are changing and changing fast. According to the Pew Research Center in May of 2013, 51% of Americans support the rights of gays and lesbians to marry legally. That’s the first time the figure has tipped over the 50% mark. Other research groups have the number as high as 53% of Americans supporting same-sex marriage.

Interestingly, Pew also reports that while almost half of Americans do not support same-sex marriage, a vast majority view it as inevitable. 73% of Republicans, and 70% of white evangelical protestants (two groups who have historically opposed same-sex marriage) now view the inevitability that this trend will become the status-quo.

Reminder: There is a “new normal” coming. Be prepared to be accused of “hate speech” if you express a traditional view on  marriage.

Sixteen year old Malala Yousafzai, a victim of the Taliban’s violence, has been speaking up against terrorism and for education. Her story is inspiring – shot in the head by the Taliban after verbally encouraging education for girls and women – Malala is healed and speaking for peace and the importance of education for everyone. In her United Nations speech she said, “They thought that the bullet would silence us… but they failed… the terrorists thought that they would change my aims and stop my ambitions but nothing changed in my life except this: weakness, fear and hopelessness died; strength, power and courage was born.”

Making your life matter is a positive trend among young leaders. Social justice and causes rank near the top of concerns for young people. The challenge is to direct this desire toward productive outcomes.  Malala’s bravery is a good example.

Reminder: “Caring” isn’t the same as “doing.” You can read about opportunities, you can feel guilty for not doing enough, you can discuss the world with your friends. But the true heroes get off their couches get involved and make a difference!

Matthew 5:16  “In the same way, let your light shine before others, so that they may see your good works and give glory to your Father who is in heaven.”